We carnivores just adore meat. We adore it in all forms, whether its grilled, fried or baked. We also have our favorites chicken, beef, pork, turkey or even pigeons. I am a hard core carnivore. I absolutely love meat. Especially if someone mentions Chicken or Beef, I am first in the line. So when I got an invite from Sofitel, BKC, Mumbai, for their Charcuterie Festival, I was ready in a minute. Their was also the opportunity to meet the German Charcuterie Chef Hans Hartmann. So hence  I was at Artisan, Sofitel, Bkc, Mumbai, to taste some nice meat. 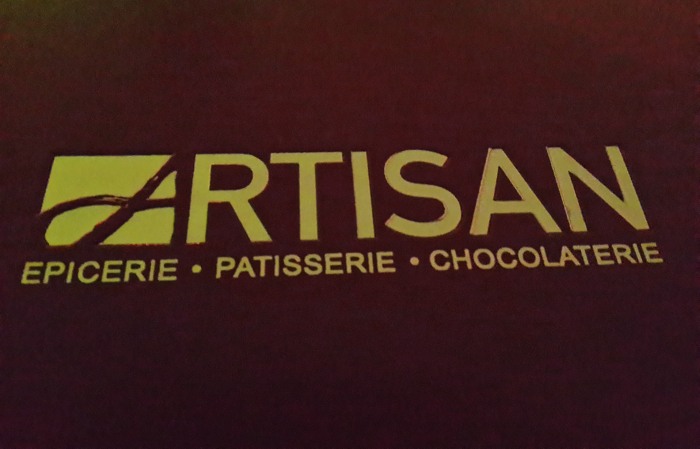 Artisan is a chilled place, with obviously artisan stuff. On entering we saw some really mouthwatering chocolates and desserts. But also an awesome meat table with breads and more. 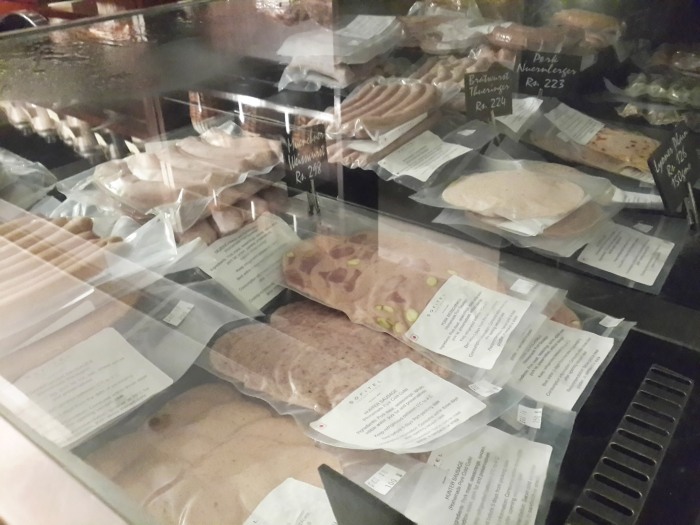 Charcuterie is the form of cooking, where the meat is flavored and prepared before the refrigeration. Mostly to preserve the meat for a long time.  Charcuterie included foods like sausages, pate, terrines and more, made by various meats. The sausages and meat loafs at Sofitel are specially made in house by Chef Hartmann. Chef Indrajeet ( Exec. Chef of Sofitel) also mentioned that they are going to keep the meats throughout at Artisan and not just for a few days. The best part I feel is, not only you can come and eat here, but you can also buy the meat and take it home. The array of sausages, salami and meat loaf is absolutely great. Majority consisting of Pork, or Pork mixed with Chicken or Beef. But there are also some made up of only Chicken and only Beef also.

Chef Hartmann has included alot of German Sausages in the menu. Though I couldn’t taste the pork ones but as seen on the menu they have the very famous Currywurst, Frankfurter, Bratwurst and more. 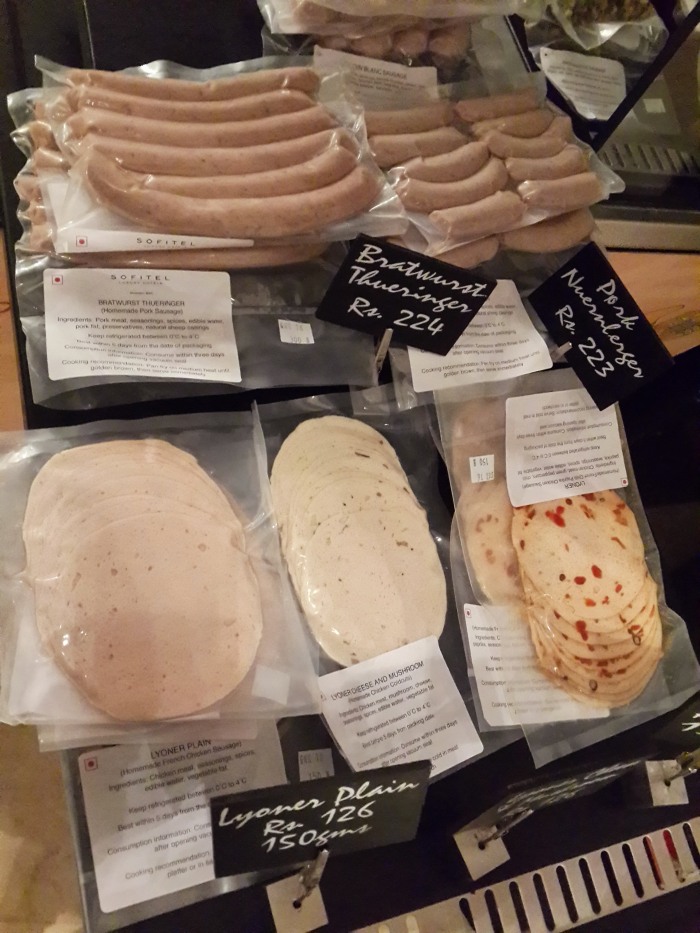 So after a quick introduction about the Charcuterie and its making by Exec. Chef Indrajeet, we meet Chef Hartmann, who was with us the whole evening. After asking our preferences and due to our confusion on what to order, we were served one of the best items on the menu –

This was my plate. The Chicken and Jalapeno, and the Beef Chorizo sausages served with a potato salad and relish. Though only two sausages but two good fat sausages. I liked the chicken jalapeno one. But the star of the night was the Beef Chorizo. It was spicy, full of flavor, basically it was delicious. The potato salad or more like herb potatoes and relish were also good.

This was my friend Mohit Chotrani from http://www.hungrybawarchi.com ‘s plate. I couldn’t taste much from it cause it was mostly pork. So can’t comment much on it.

They have also started German breads, which again you can buy separately. I really liked the multi-grain bread. As they are perfect for sandwiches and also have a nice distinct taste to it. I didn’t like the brown colored one. It was steamed and it tasted like a bad pudding bread.

Conclusion – The night was okay. What I feel is there was more of talking and less of eating. Even though mine and Chef Hartmann conversations were mere more like debates, but I would like to say that after years of experience and traveling almost half the globe, this man knows his meat. My opinion by tasting only two sausages I can say that there were delicious. Definitely worth a eat/buy when you are in BKC, and in the mood for a light but yet filling meal.

View all posts by toxicbaker

One thought on “Sausage Fest (literally)”